Why, you may ask, did I put "cobbler" in quotes in the title of this post? In my family, cobbler involves a pastry type crust like you would use in a pie - not the batter that forms a cake-like surrounding for the fruit in this recipe. To Bryon, however, that is cobbler. Clearly, we disagree. Nonetheless, I had a bunch of beautiful peaches on-hand last week that needed to be used ASAP, and I knew this would make him happy, so I made a modified version of his mother's "cobbler" recipe.

Instead of using sugar, I used Splenda, and I used what I refer to as "fake butter" (i.e., I Can't Believe It's Not Butter Light) for half of the butter called for in the recipe. Using Splenda and half "fake butter" didn't affect the final result in the slightest - in fact, in the future I'll try using all "fake butter." Bryon's mom noted that she often only uses half of the butter called for, and in the future, I'll do that as well, because I found that using the entire amount left the fruit fairly floating in butter. Oh, she also mentioned that this recipe works well with blueberries too.

The recipe was easy enough, and Bryon (as resident expert on how this recipe should turn out tasting) didn't think subbing Splenda and "fake butter" affected the final result in the slightest. Since it's a favorite of his, I know I'll be having to make it again in the future. I'll work on trying to get an accompanying picture up soon.

Stir together the remaining sugar, flour, baking powder, and milk to form a batter. Pour the batter over the melted butter – do not stir! Place peaches on top of the batter and sprinkle coconut and pecans over the top. Bake for 1 hour or until the crust is golden – the batter will rise to the top during baking.

Note: Depending on how sweet the peaches are, typically only ¼ - ½ of the sugar called for on the peaches is really necessary. The amount of butter called for can also be cut in half.

This looks so good and easy! i'm a sucker for anything with a cobbler crust.

I love regional/family terms for foods, like your cobbler debate. My husband calls sunny-side-up eggs "dippy eggs" because they always dipped their toast in them. What the heck! 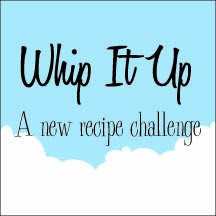